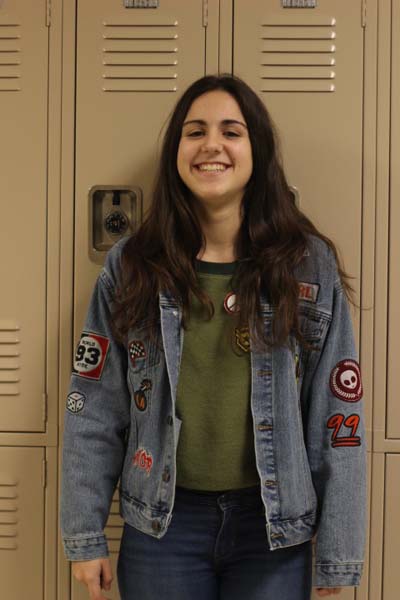 She arrived in New York.

For the first time, native Spaniard Irene Camacho set foot on American soil, before flying to Austin just in time for the new school year.

On Aug. 17, 2016, Camacho met other participants of the foreign exchange program for an orientation session.

“My parents have always been trying to send me to Scotland or London, and then they found an organization that could send me to the United States,” Camacho said. “It was so weird because my English wasn’t good, and I didn’t know a lot of things. My hope is to improve myself and stop being quiet and shy, as well as to learn English.”

Her visits to Houston, San Antonio and downtown Austin with her foster family have given her insight into American tradition, culture and social life.

“When you hang out with your friends, you always need a car to get food or go to a friend’s house,” Camacho said. “In Spain, it is very different in the way that you can just walk in the park or street with your friends. We are more family-oriented, and the food is so much better.”

Adjusting to the American school system, on the other hand, has given her a new perspective on the education system of both countries.

“One thing I like about my old school is that it is smaller and you know everyone. Here, you know a few people, and the school is so big with two different buildings,” Camacho said. “You can talk with your teacher like if it was your friend, and in Spain, there is a more formal relationship. Also, in Spain you have a lot of homework and tests that are very difficult and you have to write everything; it’s not multiple-choice.”

In addition, being a team player on the girls basketball team has motivated her to consider a future career in the sports field.

“I want to be a physical therapist,” Camacho said. “I think being here is going to help me so much in relation to work and studies because nowadays you need English.”

With a seven-hour time difference between Spain and the U.S., the reality of being far away from home for an extended period of time has been a challenge.

“The hardest thing about being here has been when I miss my family and friends,” Camacho said. “It doesn’t happen a lot now, but the first few months were terrible.”

On June 12, Camacho will return to Spain with the memory of her once-in-a-lifetime experience and will be reunited with her family.

“The advice that I would give future foreign exchange students is to keep an open mind,” Camacho said. “Also, be yourself.”