Journey of a Lifetime: Senior Reflects on Football Career 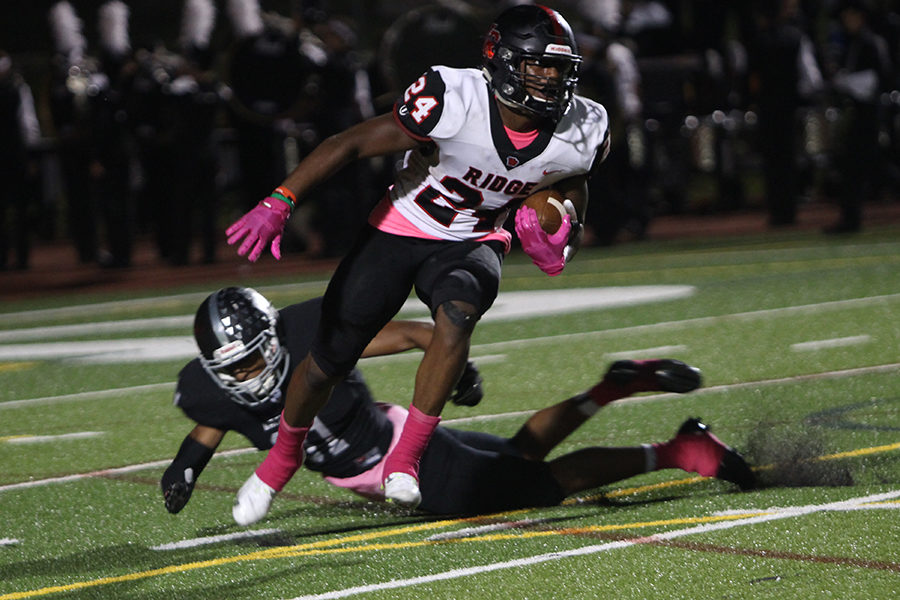 By the age of 5, senior Jamil Pittman found his love and passion — football.

He tried soccer, baseball and basketball, but to no avail and became consumed with football. It soon became the center of his life.

“Any decisions or anything I think about, it’s all tied in with football,” Pittman said. “If I wanted to go out and have fun one day, I’ll always think about not getting into too much trouble because of football. Football is definitely time consuming. It takes away a lot of your time, but for me, it’s more than just a game.”

The team became more than just a team to him.

“It’s like we’re actually brothers like we’re blood but without actually being blood,” Pittman said. “Having that sense of unity, I think that’s what I love most about playing with these guys because I could go make a terrible play in practice and I could just see the whole sidelines burst out laughing. I just laugh with them because I know they’re not laughing at me, they’re laughing at the situation. It’s just like a home away from my home.”

At the start of his high school football career, Pittman earned a spot on the varsity team as a freshman playing wide receiver/running back.

“When I first got moved up to varsity, people were wondering why I didn’t make such a big deal about it,” Pittman said. “To me, it’s just like playing football, it’s nothing different. I’ve been doing it all my life and just because I’m doing it at a higher level doesn’t mean I’m any different.”

Finishing his last season on the team, Pittman has turned some of his focus to playing college football and receiving scholarships.

“Right now with this recruiting process, every college is in mind because I don’t want to turn down any options and pursue my future in football,” Pittman said. “I don’t know where I’m going, but I am very well considering University of Incarnate Word.”

When Pittman received the call for his UIW scholarship, he didn’t know how to react.

“It was very unexpected, I actually got the call at the volleyball game, when we were playing Vandegrift,” Pittman said. “I got the call and at first, I told the coach, ‘I’ll call you back around nine o’clock,’ and I had a couple of my friends heckle me. They were like, ‘that’s a college coach that just called you, and you just told him that you’re gonna call him back later?’ I was like, ‘yeah I’ll go call him outside.’”

Pittman quickly went to go call back the coach, who offered him a full-ride scholarship.

“When he first said he wanted to offer me, I just smiled, I had no response,“ Pittman said. “I couldn’t give him words. I was way too excited.”