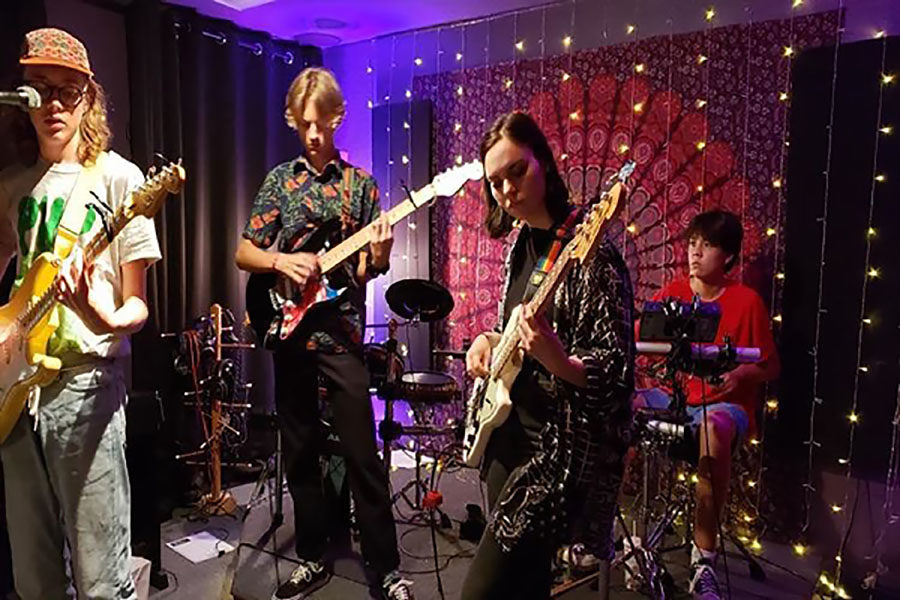 “We started as just a bunch of kids wanting to be in a band and have the band lifestyle, but had to work with each other to get there,” Ek said. “Our front man, Jack Urbach, was kind of spearheading the entire project and recruited the people to be in the band. With some group changes, we started to rehearse a lot more and eventually refined our sound to where we are now.”

The group practices every week to perform at the coffee house, and are working on new hits.

“We have practices every Sunday with varying location. We have played multiple times at the VRHS theater-run Coffee House, and we plan to keep playing there soon,” Zhou said. “Also, we perform with small groups of friends as a rehearsal, mixed with a ‘secret show.’ We’ve been working on writing an EP over the course of the past few months titled ‘Pigeon Man’ which we don’t exactly have a release date for quite yet, but on Sept. 27, we have a single called ‘Fruit’ coming out on all platforms.”

The members are striving for success by doing their best to gain experience while enjoying themselves.

“When I sit at the throne of a drum set I feel almost like I can convey my energy to the crowd through what I play, but I normally don’t have any stage fright,” Zhou said. “The stage tends to relax me more than anything.”