Rogers Finds Her Home in Family Before Move to Spain 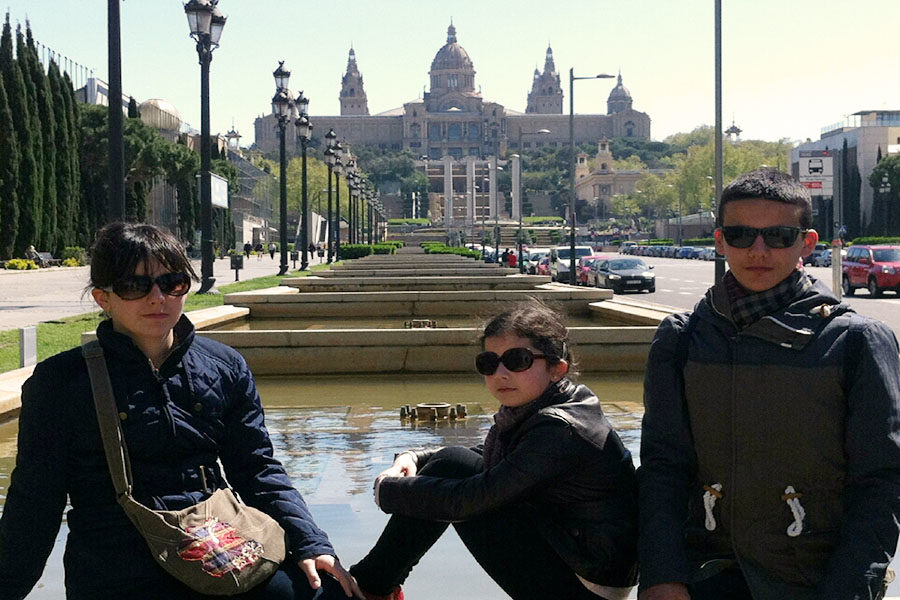 Sophomore Amanda Rogers is moving to Spain in November after living in the United States for nearly five years. 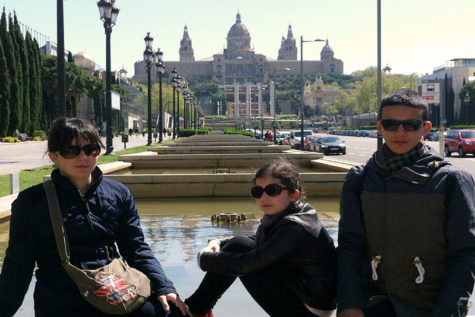 Sophomore Amanda Rogers leads two very different lives. In school, she hangs out with friends, discussing the recent Tom Holland news or joking around about the latest meme. But at home, she converses in casual Spanglish with her mother and feels as if she never really left her quaint little town in Spain.

Sophomore Amanda Rogers is moving to Spain in November after living in the United States for nearly five years.

“It’s kind of bittersweet,” Rogers said. “Because I’m excited to go back to Spain and all of the traveling that I’ll get to do. I also get to see all my family again. But at the same time, I’m really sad because I’m going to have to leave back all of the friendships that I’ve established here.”

Rogers was born in a small town in Spain called Jerez de la Frontera. She moved to the United States in the fifth grade.

“I like it better in Spain because that’s the culture I’m most identify with,” Rogers said. “The people are really different. They’re more open and friendly and social. The traditions and culture is something I have grown up around. So I guess I feel more comfortable there.”

Rogers has been moving back and forth between the United States and Spain throughout her childhood.

“I never really had one single identity,” Rogers said. “But that’s good, because it’s a melting pot of cultures. I get exposed to all of these different cultures and not just one which has allowed me to have a more open mind and appreciate the beauty of other cultures more than others. Some people can be really closed off because they’re not used to different cultures. But I’m really grateful that I had that exposure.”

Rogers has not been able to visit her family in Spain for several years.

“Here, people only talk to their close family or friends,” Rogers said. “People here don’t really know their aunts and uncles or extended family. They visit for Christmas or Thanksgiving. Whereas in Spain,  you just go have merienda every afternoon back at your grandma’s house. And there you see your second cousin twice removed. When you have a lot of good connections, it’s better for everyone involved. Because you know that you have someone to depend on.”

The entirety of Europe is similar in size to the United States.

“Europe is so small, but from one country to the next, everything changes drastically,” Rogers said. “I can travel from Spain to France. And it’s so different. It’s just really interesting to see how much a country’s borders can affect culture, and how different places can be so different even though they’re really close to each other.”

Rogers is most excited about the access Spain gives her to travelling.

“I think traveling is important because it allows us to witness those different cultures or religions or traditions for ourselves. And we’re able to realize that in the end, they’re all just people like us,” Rogers said. “I genuinely think that traveling can really bring us all closer together, when we begin to have a more open mind about other people and their cultures.”

“ It honestly really sucks because once you get to connect with the person, it kind of hurts when they suddenly have to leave,” Gangineni said. “So I’m just trying my best to make as many memories as I can with her. I remember, last year, how we would always study till the last moment, panicking the moments before class. I know it doesn’t seem like much of a precious memory, but it’s the small things, really.”

In her time in the United States, Rogers has made countless other friendships.

“I’m going to miss my friends I have made here,” Rogers said. “Because I’ve made a lot of good friends and good connections that have helped me a lot. I’m just really upset that I will have to leave all of that behind. I feel like I’m going to be losing a lot of important people and relationships that I’ve made here. Moving to a new school, obviously, I’m not going to really know anyone. I’m just going to miss those relationships.”

Rogers has been known in her friend groups to have introduced a lot of friends to each other, and Gangineni said Rogers is a very sociable person.

“I think I’m more open to different thoughts and perspectives because of her,” Gangineni said. “She has taught me how to be more open and express my thoughts and feelings towards things better. I’m excited for her. I know she really loves Spain, and she’s excited for it.”

Although there is no planned date, Rogers is going to leave the country before the end of November.

“It’s really important to have a lot of good connections so that you aren’t isolated from the rest of the world,” Rogers said. “In your darkest moments, you would have so many people willing to help you. And I just think that that’s very important, and reassuring to have. That’s why I want to continue to make many connections. To me, home is where my family and friends are. Where those connections are. It’s not really a location, it’s just always going to be changing depending on where they are.”