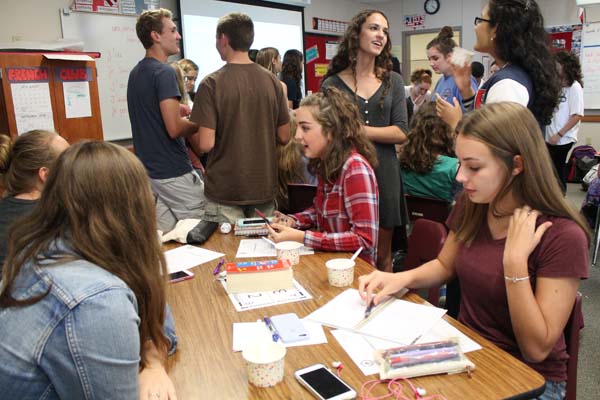 The French Club had its first meeting on Aug. 29. The new officers and sponsor Madame Cate welcomed visitors hoping to provide a culturally enriching extracurricular opportunity for all students.

Junior Rikki Castanieto, who attended the meeting, has been an active member of the French Club since her freshman year.

“I think this year is going to be a challenge for all of the new officers with the large amount people that showed up at the first club meeting,” Castanieto said. “I don’t know if it’s better management or the fact that there are more members now, but I feel like it is going to be a great year.”

Aside from managing the French Club website, handling announcement emails, and the club’s Remind 101, media officer, Rebekah Schulte, facilitates communication between the club and its members and advertises.

“A lot of people think we only speak French in French Club which is not true at all,” Schulte said. “Occasionally, we will bring in the language, but we make sure everybody understands what is being said. People automatically assume that they can’t be a member of the French Club because they are taking a different foreign language, but it doesn’t work that way.” 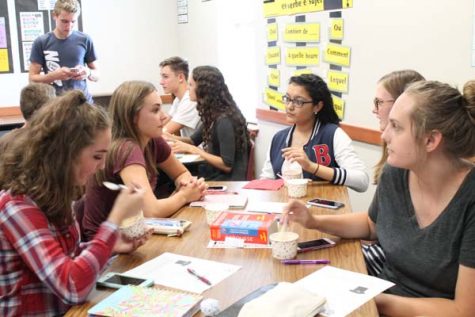 In previous years, the French Club sold duct tape roses as a fundraiser during Valentine’s day and made care packages for active-duty troops deployed overseas. This year, the club is seeking to collaborate with other organizations at the school to accomplish similar projects and target other members of the community. For example, they plan on teaming up with FCCLA to make care packages for orphans during the holiday season.

“I’ve always liked French Club. It’s a place where I can meet new people and be actively involved in community service projects. It’s the only club I attend regularly and I always have a lot of fun,” Castanieto said.

With the next club meeting on Monday Sept. 26 after school in room 2620, Schulte promises new members a club experience worth the commitment.

“At first I thought the French Club was going to be pretty small, and I wasn’t sure I was going to make many friends because I get shy sometimes, but I learned that it is a really friendly and interactive community as well as a great way to meet new people,” Schulte said. 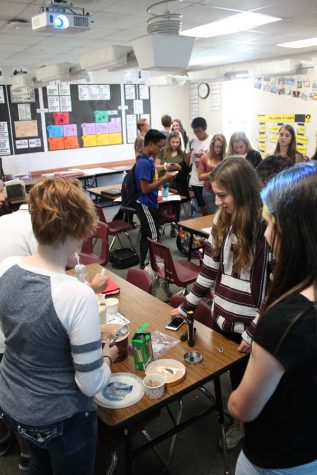