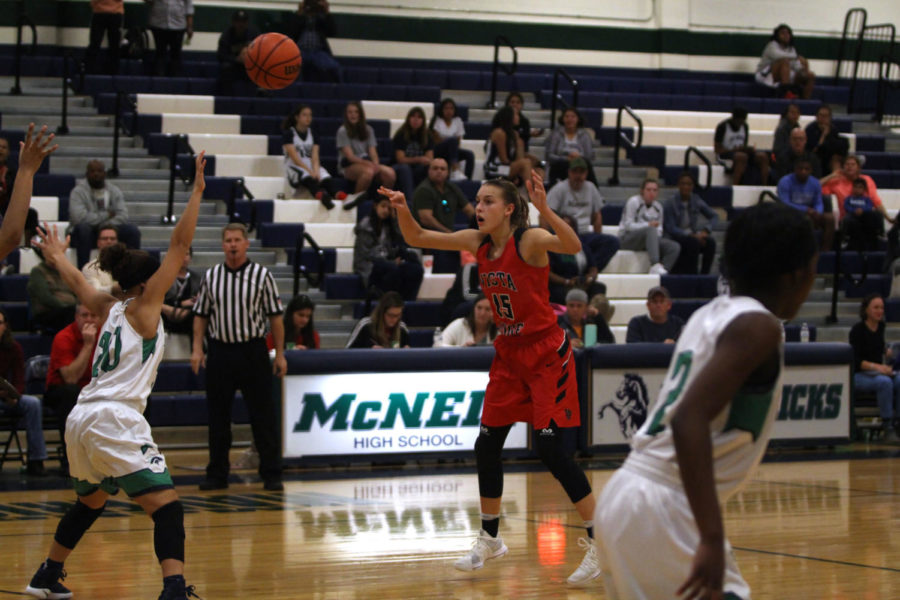 This year, the varsity team has 13 players, including three freshmen, three sophomores, five juniors and two seniors. The girls have been preparing for district season to start.

“Practices are definitely longer, and there will be a lot more running,” sophomore Victoria Baker said.  “The coaches are also a lot more strict now that the season has started.”

As season slowly begins to come around, the girls do certain things to get excited about the season

“Something that gets me hype for basketball season is days in practice when we count the days toward games,” Baker said. “And when we all go out to eat with each other talking about the season.”

There have been some concerns with the youth on the team and the lack of experience.

“I think the youth will definitely affect the team positively,” sophomore Zion Neat said. “Because basketball changes so much and all of our young people have that viewpoint to the game, like freshmen and sophomores, and they can bring that to the team”

Girls head coach Keith Allen had set up a tough pre-season to prepare the varsity for district.

“The biggest competition for pre-season is Pflugerville, Cedar Ridge and big schools like that,” Neat said. “District is probablyVandegriftt because our only loss in district last year was Vandegrift, but they graduated a few people just like we did so it should be a good game.”

Neat, Baker and the rest of the team have the same end goal — state.

“I feel very confident in our team this year because I feel like we have a lot of potential,” Baker said. ”We just have to know how to play more as a team and know how others play to contribute to the IQ of the team. I feel like we can go pretty far this year as long as we trust in the team as a whole.”