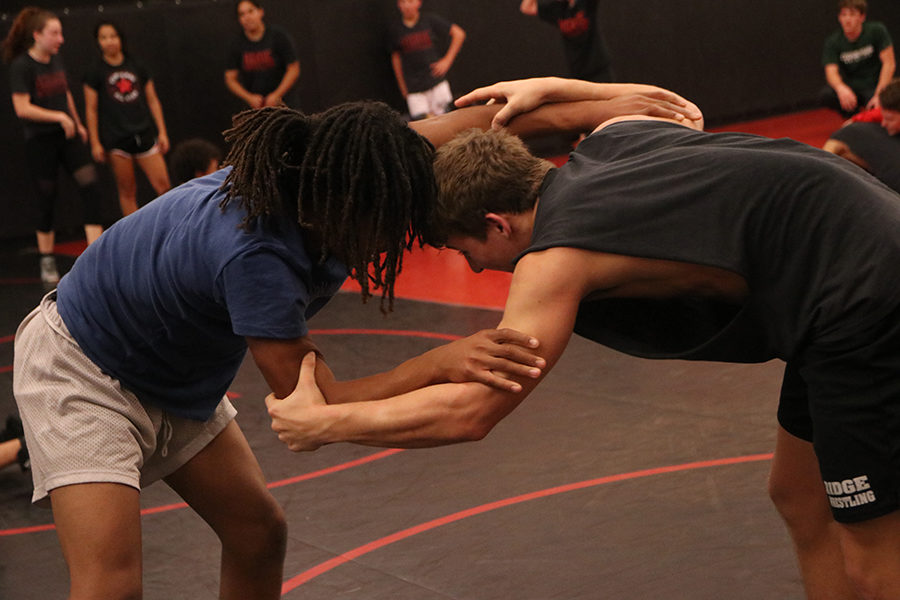 Ridge Wrestling season starts now, and runs from Dec. 1 through Feb. 23. The varsity wrestling team is going to travel around to different parts of Texas competing in tournaments.

“This year’s gonna be a good one,” sophomore Colton Collard said. “I’m just really glad that I made varsity. Whether I win or lose, I’ll always be proud that I got to wrestle and that I made the team.”

The team had its Red and Black wrestle off on Nov. 28. Red and Black is a Vista-only tournament between wrestlers to determine who deserves a spot on varsity.

“I was extremely nervous coming in,” Collard said. “I came in showing my best effort and the results are what I have to show for it. I’m overjoyed that I was able to make varsity this year. It’s a great opportunity to show what I’m made of. When it all comes down to it, there’s nothing I want more than to make my teammates proud of me and what I’ve done.”

To prepare for the season, the team is lifting and conditioning in their athletic period and having their wrestling practice every day after school. During their practice, they drill different wrestling moves with each other to prepare themselves for their real matches.

“There’s no telling what’s to come,” freshmen Bilal Zafar said. “I think that one of the reasons why I enjoy wrestling is because it’s usually a little unpredictable. It’s pretty cool because it often feels like you never know what’s gonna happen or who’s gonna win until it’s already happened.”