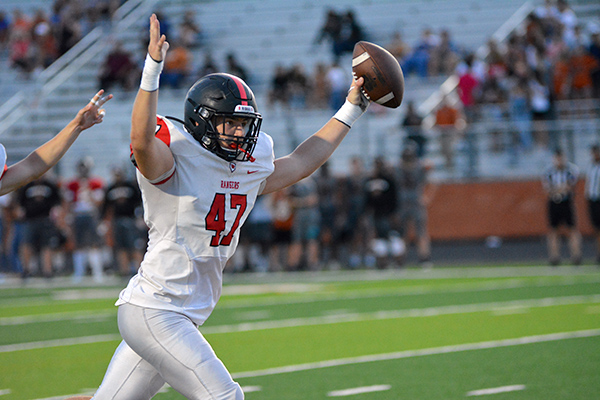 The varsity football team ended last week with a 51-23 win on Sept. 6 versus the Killeen Kangaroos. Going into the match, the boys had defeated the Rouse Raiders and are headed into the fourth week of school undefeated.

The team has big plans to kick off this season with a new start.

“I know last year, part of our problems were that people wanted to do their own thing,” senior linebacker Josh Winward said. “But this year we focused hard especially throughout boot camp and off the season on building bonds, playing as a team and being able to kind of rally around each other.”

Besides the new morale, the feel on the field is different too.

Bringing attention to their game, the team has made a statement throughout the District 13-6A with its pre-season start.

“We come out with more energy, get our student section hype and our support band,” Estes said. “We’re putting our work onto the field and doing the best that we can.”

Today, on Homecoming Friday, the boys will take on the McNeil Mavericks at Gupton Stadium.

“We focused on some of their key wide receivers, their running backs and their speed,” Estes said. “So we do certain drills when we practice to counter that.”

The team is currently 2-0 heading into tonight’s game.

“We go over scouting reports, and there’s always gonna be people bigger than us and faster than,” Winward said. “But we know as long as we play as a team we’ll be okay. They have a couple really good players, and we’re ready to shut them down.”