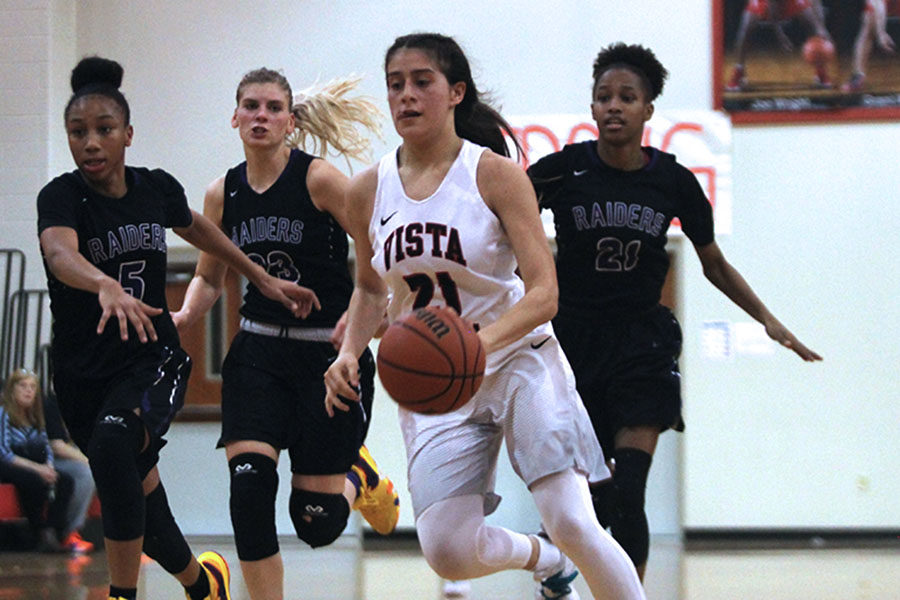 After fighting for it for the last three years, the girls varsity basketball team finally made it to the regional tournament.

“We haven’t made it this far since I was a freshman, and now I’m a senior,” center/forward Briyaun Stewart said. “It’s a feeling I didn’t know I’d ever get to experience. I love it. I’m kind of nervous but mostly excited. I’m ready.”

However, the path to success wasn’t easy for these girls.

“Basketball is a very mental game,” Stewart said. “I’m a little worried about our heads not being where they’re supposed to be at. I think we’re all confident in our abilities, but we also have to stay focused and push it.”

The team has been working hard to get to this point, and their hard work is paying off with a 53-52 win over Cedar Ridge on Feb. 19.

“We’ve been really focusing on fixing the little things like finishing and making smart passes and using our IQ to help us be successful in the game,” Stewart said. “That’s one thing we’ve really got to work on.”

The team has high hopes of emerging victoriously Friday night. Two wins this weekend will send the team to the state tournament in San Antonio.

“We have to focus because we’ve played Prosper before, and it was a close game,” Stewart said. “People did not think we were going to get this far, and some people still don’t think we’re going to do as well. I’m looking forward to being able to prove those people wrong.”