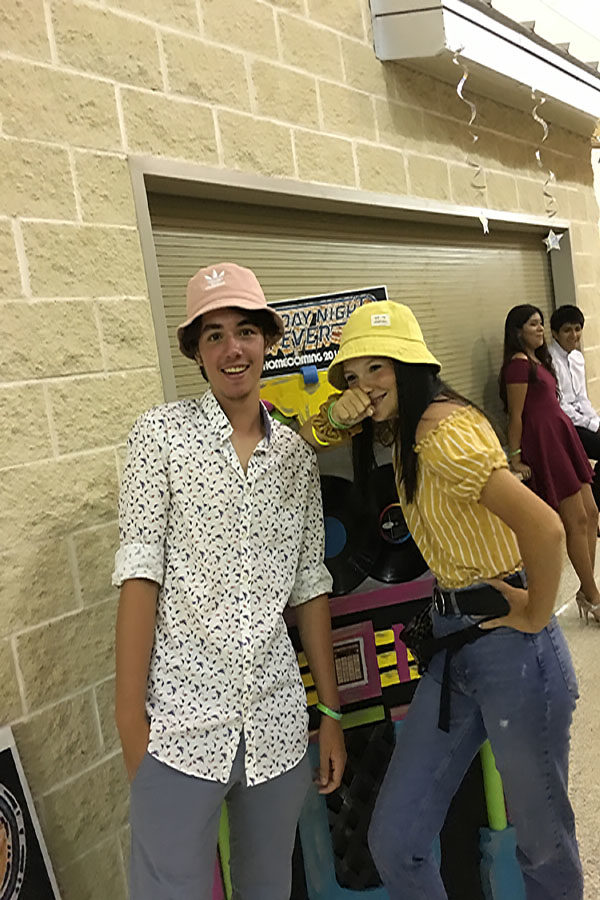 Taking a huge opportunity, junior Constantinos Malliaros came to our school as a foreign exchange student from Germany.

“My parents wanted me to go because they couldn’t do something like that when they were young, and they think it’s a great thing,” Malliaros said. “I’ve always wanted to travel and experience other cultures, so when I got the opportunity to spend a year abroad, I thought it was a good idea too.”

Arriving in Austin on Aug. 10, Malliaros hopes to expand his English and learn American culture during the next 10 months.

“I had to get used to living with strangers because the first few weeks I didn’t really know them, but once I got to know them it was good,” Malliaros said. “I want to improve my English because it’s not the best, but also I want to get to know the American culture because I might want to study in the U.S.”

Regardless of the slight language barrier, Marlliaros made quick friends with sophomore Larsen Simecek and the rest of his tennis team.

“I believe I introduced myself to him in tennis class because I was interested in Germany, and we hit it off,” Simecek said. “We made a handshake and everything. He gets along with everyone on the tennis team very well and he seems to be doing well in his classes.”

Through this experience in Austin, Marlliaros has adapted well and continues to improve in many ways.

“He’s remained very quiet since the beginning of the year, but he’s definitely gotten more confident. At least enough to be more comfortable talking to everyone and being more ‘himself’ around others,” Simecek said.

Marlliaros has experienced some of the staple high school events in America, while dealing with being away from home.

“The homecoming football game was cool because one of my friends was homecoming princess,” Marlliaros said. “Everyone is so nice and kind, not that in Germany it’s not, but I kind of didn’t expect it. I’m still having a hard time on some days, especially when there is an event where I would be if I weren’t here, but it’s ok, I’m enjoying my time here.”