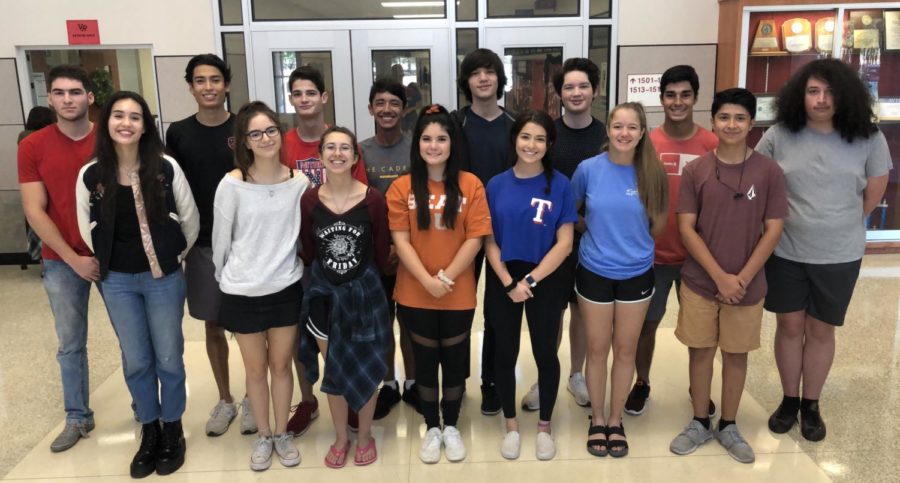 Last week, 15 students were selected by College Board as National Hispanic Scholars. This distinction is awarded to students who make a minimum score on their PSAT, as dictated by region, have a 3.5 cumulative GPA for their junior year and are at least one-quarter Hispanic or Latino descent.

“I took the PSAT Team class, and I did a couple of practice tests on my own,” senior Alex Warren said. “The class is what mainly helped me. I learned what kinds of problems to expect and how to work out my methods so that I could work on my weaknesses specifically and questions that I would be tricked by so that I wouldn’t be tricked by them on the test.”

“I did Khan Academy because I was in PSAT Team,” Perez-Laurence said. “It was a lot of work, and you have to have a lot of dedication and ambition. If you did your work, then it paid off in the end.”

Perez-Laurence said she anticipated getting the honor of being a National Hispanic Scholar, but she has some sound advice for her junior self.

“I would’ve told myself to study more and be more worried about it than I was. I was pretty nonchalant about it because I thought I’d get a good score,” Perez-Laurence said. “If I’d studied more, I think I would’ve gotten even better.”

Both Warren and Perez-Laurence received many congratulations for their award and have big plans for putting it toward their future successes. Perez-Laurence wants to attend the University of Texas to become an OB/GYN. Warren hopes to go to Texas A&M University for engineering, and this honor has brought him one step closer to that dream.

“It was pretty cool,” Warren said. “My mom and dad were both really proud of me for getting it. It got me a scholarship at A&M, so I’m glad about that.”